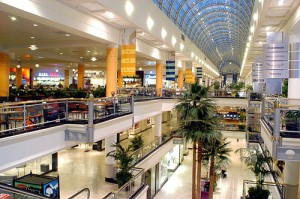 Westside Pavillion, site of the Massacre of the Betrayers.

Upon waking this morning, this happened:

Evan: I had a dream last night.

Me: What was it about?

Evan: We were in a zombie apocalypse and we’d managed to escape with a bunch of our friends and acquaintances, plus we’d managed to get some of our cats out. We were holed up at the Westside Pavillion, and a faction within our group betrayed us.

Me: How did they betray us?

Evan: They ate our cats for dinner.

Evan: I took this as a personal affront.

Me: Did you kill them all?

Evan: No, because I realized, even though I had an AK-47, they were all armed with guns, too, and there was no way I could kill all of them quickly enough. So instead, I took you and a couple of people loyal to us and we left.

Me: Who was loyal to us?

Evan: I don’t remember. Anyway, so you and I and the couple of people loyal to us leave the Westside Pavillion, but as we’re leaving the building, I prop open the doors and pull the fire alarm.

Me: So you killed them all by zombie horde.

Me: I would have been okay with that, because of the cats. By the way, you can’t say you don’t love those cats, given you’re willing to kill all your friends because they ate them.

Evan: I didn’t care so much about the cats. It was the personal affront of the betrayal.

Evan: We did think there was a chance one of the cats might have escaped both becoming dinner and the zombie horde, and we were going to sweep the building later to see if we could find any cat survivors.

Evan: Darren was the ringleader of the betrayers.

4 thoughts on “The Man I’m Married To”