Whilst reading Andrew Sullivan I stumbled across something fascinating. A common enough occurrence on The Dish, and one of the reasons why I read it everyday. Today I found a poem by Nabokov. Beautiful and significant enough in and of itself, but even more beautiful and significant, a recording of Nabokov reading aloud said poem.

I read the poem, and pondered its meaning. I listened to the recording, and marveled at it. There are few things that captivate me more than voices from the past, captured like a lightning bug in the hand, forever glowing. The intonation, the accent, the cadence. These voices are foreign and yet familiar, ghosts lingering in our living memory.

In this particular instance, you have Nabokov sounding ever so British, and it is stunning the degree to which his Russian past is hidden in the arch English accent he has learnt to speak in. You get a feeling for the man through his voice. For example, when I read the poem, I saw pity and compassion for the disconnect between youth and age. But to me there’s something a little scolding in Nabokov’s tone.

And so I sat, thinking these thoughts about identity and voice, thinking that this long past recording and the sound of the present were echoed by the poem itself, when all of a sudden an entirely different thought occurred to me. Which was:

Holy crap, that dude sounds exactly like the Catepillar from Alice in Wonderland.

Especially in his recital of the crocodile poem.

Seriously. Go to the 1:11 mark in the Nabokov poem and listen to him say, “You are a mere outline, the subject of any first chapter.”

Now go to the 2:32 mark in the Alice in Wonderland clip and listen to him say, “How cheerfully he seems to grin, how neatly spreads his claws, and welcomes little fishes in, with gently smiling jaws.”

And we have yet to even jump down into the rabbit hole! I do a little research and find Richard Hadyn, a London-born actor, voiced the Catepillar in Alice in Wonderland.

This is Richard Haydn: 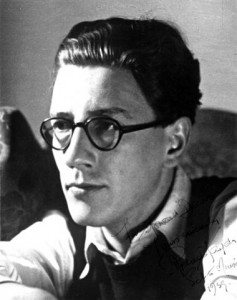 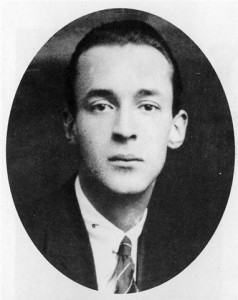 So, there you have it. Proof positive that while I can do quiet contemplation for some time, it’s only so long before I veer off into conspiracy theories involving the Catepillar from Alice in Wonderland and one of the Russian masters.

3 thoughts on “An Observation”