This was originally written as a part of my Team in Training fund drive. The epic battle that was my first 5k occurred sometime in May, 2006. Possibly April. I’ve blacked out the details. 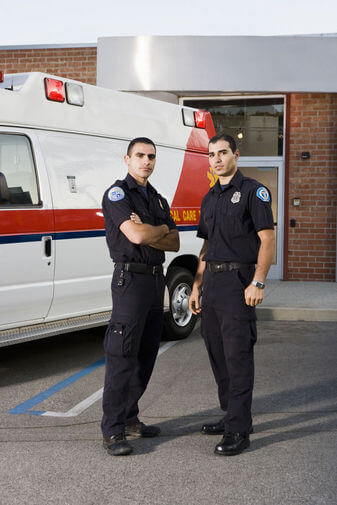 I did not think I would be writing to you again so soon, but here I am, already in the homestretch! So many of you have contributed, and if I were able to do math, I could impress you all with the incredibly high percentage rate of contributors. Alas, I cannot. But let me just tell you, anecdotal evidence suggests a very high percentage rate!

This morning, as I slowly ran my way through eight miles around Furman University, watching the marathoners streak away into the distance in their tight black running pants, I reflected upon the generosity of my friends and family, and how this experience has been a journey.

In case any of you were curious, and had a lot of time on your hands – because, let’s be honest, I write even more than I talk – I thought I’d share with you how this all started in the first place.

Last January, I attended my company’s employee appreciation party, and there they unveiled a Wellness program that had some nice rewards attached to it. I went directly from there to the Biltmore Estate where I had a vacation package and roughly 40,000 calories of food waiting for me. I also weighed myself while there. Now, if I were able to do math, I could tell you how much weighed. Alas, I cannot count that high.

Upon my return I promptly tried to lose as much weight as possible before meeting with Jeff Thompson, our Wellness manager, who I suspected would try to weigh me. He did. He then said he’d think over my situation. The next week he sat me down and said, “Carrie, I have three goals for you. Before the end of the year, run in a 5k, a 10k, and then a half-marathon.”

It goes without saying I was deeply concerned for Jeff’s mental health, for obviously he was insane. I do not run. It is not something I do. And yet there was Jeff, optimistically handing me a sheet with a run/walk schedule that would get me to the point where I could run 20 minutes without stopping. When I began, I could not run any longer than one minute. (Did I mention my cholesterol has dropped 50 points in the last year? Yeah…I was, you know, a little bit out of shape. Not a lot, or anything. Just a little.)

Before I knew it it was May, and time for my 5k. Jeff had picked out a “Take Back the Night” run around the Clemson University campus. Only we were going to be taking back the night at 8:30 in the morning. He kindly offered to be there to support me. “NO,” I said, accidentally almost yelling it. Like a wounded animal that slinks off into the woods to die, I preferred to be alone during my time of suffering.

I had worked up to three miles in the area around my house, which is as flat as Kansas. I nervously arrived at the run, immediately got lost in the search for the start, and stupidly followed signs for the event for a mile before realizing I was following the course itself. Retracing my steps, I found the sign-up area, where a handful of people were milling around. They were frightening people in spandex and aggressively sleek eyewear. It is possible they were from the future.

I got in line for my number, but was immediately accosted by a woman. “The line is behind me!” she snarled into my face. Her boyfriend got behind her and shouted, “You go, Trish!”

“Am I going to get into a fight?” I thought. “Am I going to have to get into a fistfight and then run 3 miles? I don’t know if I’m up for that.” Thankfully, Trish and her cheerleader decided it wasn’t worth coming to fisticuffs over it. I wandered away, deeply grateful that at least I had my iPod. My little iPod shuffle had become my aural gasoline, fueling my gasping efforts to run the flat little loop around my house. It would be my lifesaver. I turned it on.

After struggling with the desire to run home instead of running the course, I refocused, and remembered my battle plan – let all the runners go on, then I’d follow them, so that I could float in the in-between land between the runners and the walkers. My thoughts were interrupted by a woman making announcements, “…and an ambulance will be following the slowest runners…” to the woman’s surprise and mine, an arrogant snicker came up from the people from the future, in their spandex and aggressive eyewear. I tried to look inconspicuous.

The gun went off and I waited and waited and waited, until there were only walkers. I set off at a jog, and immediately realized I’d waited too long – everyone was walking in front of me! What the heck did they think they were doing, running 100 feet and stopping? I weaved my way through the pack, and as I did so, the ambulance got a bead on me. The ambulance men discovered that there was not a pack of slowest runners, there was just the slowest runner, singularly speaking, and that was me.

For the first mile I resented the ambulance lapped onto my flank like a remora suctioned onto the side of a whale shark, but even more I resented the sorority girls who could not decide if they were running or walking. Endlessly they’d sprint past me, get tired, walk, then I’d pass them, and the whole process would begin again. I think they deeply, deeply resented being passed by me.

Two miles ticked by, and I thought, wow! This is great! I could do this all day! Fantastic!

And then the third mile hit. The brilliant planners of this event charted the final mile as follows – from the Esso Club to Death Valley Stadium to Tillman Hall. 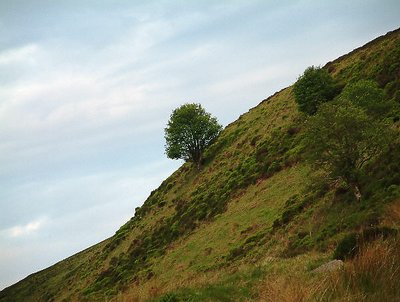 This is a photo of the actual hill that precedes Tillman Hall.

For those of you unfamiliar with Clemson, that route would read as follows – from steep to steeper to suicidally steep.

It was the ambulance men.

“WE’VE BEEN ROOTING FOR YOU THE ENTIRE TIME!”

The path became steeper still, I slowed even more.

Surely not, thought I.

And then the crackling voice of the ambulance men, magnified 100 times.

When it became apparent that I would make it to the finish line, the ambulance men raced on ahead and jumped out, so that they might give me high fives as I entered the rope tunnel thing that foot races have at the end of them. The ambulance men clapped and said, “that’s pure determination right there!” (Actual, verbatim quote.)

I looked up ahead to see my time on the giant, electric light board. The time read 39 minutes, and seconds were ticking.

“YOU CAN MAKE IT UNDER FORTY!” the ambulance men shouted. And then:

And, by God, I ran. Somewhere I found the ability to sprint home, reaching the finish line before the clock hit forty.

If I was able to do math I could divide 3.1 into 39 and give you my average mile time, but I think it will suffice it to say that it was slow. But apparently, ladies and gentlemen, I am pure determination, which is something in and of itself.

3 thoughts on “The Ambulance Men”