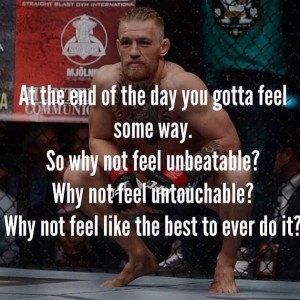 When I first switched to novels from screenplays back in 2009, I read blogs voraciously, trying to figure out this new art form. These blogs intimidated me. They seemed to come from such a place of confidence. And with good reason. These were women (almost always women, which isn’t my comfort zone to begin with) who clearly understood the English language. I slept through language arts. I cannot tell you how literally I mean that. I fell asleep so quickly and easily in that class for two reasons. One, I’d stay up reading until 3am every night. Two, those people couldn’t fool me – language arts was just the mathematics of words. I knew the truth. There was nothing literary about language arts. That class was some voodoo math crap I didn’t want any part of. To this day, I struggle with grammar. I am a good mimic, of accents and impressions and also of sentence structure and language. I really don’t have an independent intellectual understanding of my native tongue. I’m just imitating the way I know it should sound. But frankly, language arts, like math, is abstract and arbitrary and my brain doesn’t want any of it, at all.

This was one of the benefits of screenwriting. Nobody on the other side of production ever reads the screenplay. I could always write dialogue – it’s just mimicry. The description needed to be effective, but rough and ready, short and to the point, was perfectly acceptable. I was drawn to screenwriting for a myriad of reasons, but the fact I could hide behind the screen, so to speak, was definitely part of the appeal. Novels offer no such cover. Your dangling modifiers are all out there for the world to see. (If anybody doubts how rough my writing was when I arrived at USC, they should ask my ex. Evan earned a merit badge in fixing convoluted sentences. He is an incredibly clear and effective writer, and God bless him, became my de facto language arts teacher.)

These blogs were intimidating in other ways, too. They said write in the morning, fewer said write at night, but they all seemed to say that you should write at the same time every day. They advocated word count goals. Methods of plotting stories. Ways to track story changes using post it notes. Software to better organize your ideas. So many ways to be a professional in your writing. I came away with the impression that authors blog about their writing process and give writing advice on their blogs. I felt this odd anxiety that, if I ever were to become an author, at some point I’d need to make an account of myself as a writer in a public way. And yet, here I was, unable to follow even the most basic pieces of advice.

In early January of this year, I came out to Charleston to write. At least, that’s what I told everybody. It’s a quick and easy shortcut. “It’s a writing retreat!” In truth, I had several motivations for coming out here. Early on, I was be-bopping around on Facebook and a good friend sent me a message, admonishing me to get off Facebook and write. I took umbrage. I wanted to defend myself, say I’d already written a lot. I resisted the temptation and instead said, “You needn’t worry about me or my writing.” I then puzzled out why my friend had sent the message and I quickly realized – I’d asked her to. In the past, I’d often asked my writing group friends to keep me on track. But something significant had shifted within me. I no longer wanted to abdicate responsibility for myself. And I realized it’s something I’ve done repeatedly in all areas of my life. My fitness is the responsibility of my coach. My writing productivity is the responsibility of my friends.

Not long after that, another friend posted about the UFC fighter Conor McGregor on Facebook. I’d heard the name but didn’t know much about him. I delved into his story and came away mesmerized. I don’t wholly admire him. He is motivated by money in a way I never will be. (You can’t serve two masters, the good book says. It’s either God or money.) That said, there are many reasons why I love Conor McGregor, his willingness to speak his honest truth and the fact he is wholly unapologetic for who he is being chief among them.

A few years ago, I read Stephen King’s book, “On Writing.” If you haven’t read it, you should. Even if you’re not a writer, there’s a pretty fascinating autobiography that kicks off the book. “On Writing” taught me there was a name for people like me. “Pantser.” To my wonderment, Stephen King was one, too. There are people who plot out stories and those who figure them out on the fly. King had nothing to say to the plotters, and bid them a polite adieu. He had advice for the pantsers, though, and in reading about his process I saw a lot of myself. I’d always thought of myself as an archeologist uncovering artifacts. To me, the story is already whole, intact. I just need to uncover it. There is a bizarre truth to this that is hard to describe. In deep revision, I’ll discover the thing that had been hiding all along, and when it’s revealed the entire thing suddenly works. It is very like the story was simply waiting for me to find that final piece, the piece that had been there all along, but unseen by me. I don’t feel like I create the stories I write. I feel like I find them. Although I saw a lot of myself in King’s book, there was a lot missing, too. He thrives on routine. He is prodigious in his output. So while I found some solace there, by and large I still had a pretty massive inferiority complex as a writer.

Why not indeed, Mr. McGregor?

One thought on “Writing Advice: Part I – The Backstory”