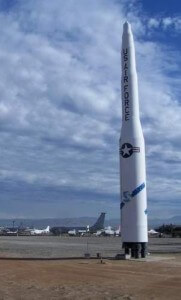 Doesn't this just make you crave cranberries and stuffing?

Today, we have a special guest blogger. The 4th grade version of my husband. You see, when we bought our little house, we inherited about 55 file boxes full of Evan’s various works. I sat down and went through them all. There was a theme. That theme was violence. Tanks, missiles, guns, jets and battle scenes. Oh, the battle scenes. Thousands of battle scenes.

At one point I came upon a beautifully drawn and colored Thanksgiving turkey. “Oh!” I thought, “how sweet! He WAS capable of depicting something non-violent!” The turkey’s little wing was folded under itself. I straightened it out. The turkey was holding an ICBM. Ah, yes, nothing says Thanksgiving like an intercontinental ballistic missile.

The first bit of writing I came across was a letter Evan, then a kindergartner, wrote to President Ronald Reagan, who he clearly saw as a like-minded man. The letter was simple and to the point.

I would like to raise an army of children.

Eventually, I came upon a journal Evan had been directed to keep by his 4th grade teacher. I gather the students were told to write whatever they wished for certain amount of time. This was Evan’s first entry:

You may find my stories interesting. My illustrations are extraordinary as well. If you think Michael’s stories are good you ain’t seen nothing yet. I intend to write a book soon. Your favorite author, Evan.

Evan grew up with a lot of love and support.

One of the fascinating aspects of living in Clemson, and of being married to Evan, is that all of the characters in these stories are still a part of our daily lives. I went jogging with Michael just the other day. Not only that, but we still make the same jokes. Why, it’s been no more than a week since we last mocked Darren’s sizable skull. Here is a later entry, the first in a series entitled, Darren’s Date.

One day I walked bye [sic] Dian’s house. Then I saw Darren inside. I went to a knot hole and I looked in. Just in time. Darren was getting mushy with Dian. WOW it was getting heavy.

Just then Wyatt smashed down the door and tackled Dian and started kissing Dian. Darren got up cussing then Wyatt and Darren got in a fight. I walked in and through [sic] Wyatt out the window.

All of a sudden John came in and though [sic] Darren in the toilet and tried to flush it. Boy was Darren mad. Darren cussed John out. John kicked Darren through the roof. Crash slam! Darren came down in the sewer.

Me and John were hanging out at the Clemson pub that night. Then Darren came in. Boy did he stink. He tried to tackle me but he crashed into the wine and beer bottles. He got kicked out and totalled 22 cars with his thick head.

Wyatt, the one with the window bill, was in bed. Darren walked in and wap! smash! Wyatt kicked him out the window of the 50th floor of the hotel. Darren landed on his head so it didn’t hurt anything. Then Darren took a loan for $200,000 to pay for the cars. After that the pub manager sued him for the liquor bill. Which was another $1,500.

Wyatt was over at Dian’s house, me and John stuck a bunch of firecrackers under their sofa. Boy were they scared. Darren came out on his motorcycle. We got in our truck. We led Darren to this ramp we set up for him. Wam! He must have been 50 ft. in the air. He landed in the sewer again. He stunk for months.

Darren was so scared that we’d flush him down the toilet again, he had to live in the sewer.

I am struck by a number of things in this narrative. Firstly, I enjoy the reference to the pub life of ten year olds. Secondly, I enjoy the surprisingly accurate monetary damage assessments. Thirdly, they drive. Also, violence. It’s a theme.

10 thoughts on “Tales from a Fourth Grade Something”