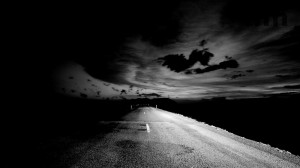 I think this picture is cool looking, so I am including it.

This year has been full of surprises. Except I don’t like that word. At least, not for these purposes. Surprise is great for a party you weren’t expecting. This is something else.

Mr. Ollis taught production for filmic writers. He was the sort of teacher who grew on you over time. Freshman year I didn’t much care for him, by the time I graduated I loved the man. He had a Japanese word he adored and used whenever applicable – shibui. If a student managed to throw a clever twist into their short film Mr. Ollis would light up, smile, and say, “Shibui.” Whether it took the story to a dark place or provided a happy ending, Mr. Ollis loved a twist.

Whenever people have asked me how I’m doing over the course of 2013, I’ve responded with Dickens’ line from The Tale of Two Cities. “It was the best of times, it was the worst of times.” I don’t like Dickens, but that line works as a convenient shorthand. The truth is, however, 2013 hasn’t been the worst, even when it was really bad.

The worst times of my life have been the inordinately long stretches of nothing.

Nothing is harder to take than the nothing. By the nothing I mean, the feeling that things aren’t right, but that they aren’t going to change, either. The feeling of stasis. Entrapment. Sameness. And not good sameness, either, but problematic sameness. Unsatisfying job, unsatisfying marriage, unsatisfying life. In some ways, I was a champ at finding happiness despite the nothing. It’s easy for me to find joy in the little things. But in many other ways, I wasn’t a champ at all. The nothing ground me down.

It felt like I was swimming upstream. Life was an unending effort to swim upstream. To figure out how to work with other humans at a job (NOT MY STRONG SUIT), to figure out how to make my husband happy (SPOILER ALERT: DIDN’T SUCCEED), to figure out how to save every person and animal I came across (BAD IDEA), and most importantly, trying to figure out how to become perfect. I believed that if I could please God in everything I said and did and thought, then God would help me with my construction project. I was trying to build a perfect life and I knew exactly what the thing should look like, you guys. I believed if I just forced it hard enough it would all come together. SO MUCH FORCING. Also, worrying, plotting, and fretting, because when I wasn’t busy physically doing something I got brownie points for thinking about it. SO MUCH THINKING. And I believe He did help me – by tearing the whole thing apart.

When T2 came out, I rented it as soon as I could and watched it 16 times over one long weekend. (Apparently, I didn’t have a lot going on in 1991.) One of my favorite lines (both because I found it humorously melodramatic and because it’s genuinely evocative) was, “The future, always so clear to me, has become like a black highway at night.” That line pops into my head a lot. Sometimes just because I’m on an unfamiliar black highway at night.

I have no clue whatsoever what the future is going to look like. I have a decent idea of January. February, sure, kinda. March? Roll the dice. I could be in LA, NY, here, there, everywhere. It’s like a Choose Your Own Adventure book, only I’m choosing a bunch of adventures concurrently. After a whole bunch of shibui twists and turns, my whole life has become one giant twist, one I can’t predict. And it’s so, so, so great. So great. It brings me much peace and happiness and contentment, to know that I don’t know.

Here’s the thing – five years ago I would never have guessed that this life would suit me so well. In a life ruled by anxiety, one of the comforts I had was familiarity, routine, sameness. The same sameness that hung around my neck like a dead weight felt like safety to me. The idea of being uprooted filled me with dread. Stephen-King-at-his-best level dread.

Here’s the other thing – after everything imploded, I stopped striving for perfection and just sorta checked out. I played comedy a lot and played hanging out with my friends and played travel around the country. After I’d pretty much given up hope that anything would come of my book, I decided to move to LA and spent September being very self-indulgently sad (hence September became known as Drunktember). But all that playing and being selfish did do something very productive indeed – it shook loose the death grip I had on my life and gave God some room to breathe. On Drunktember 30th, I got a call from an agent. Shibui. Such is the nature of grace. Grace, the freely given and unmerited favor of God. Unmerited is the key word there. I didn’t do anything to deserve this.

After so much time swimming upstream because I thought my life depended on it, I found my real life once I relaxed, let go and allowed the current to take me. I have no idea where this river is going, but I’m more than okay with that. I was terrible captain. God does a way better job at it than I ever did.

This is already long, but I want to share a quick story. One of my favorite people in the whole wide world is Hilary Gebhard Ellis. I will never forget where I was (Gray Court, SC) when she called to tell me that she and Andrew were getting a divorce. It felt like my insides melted out of me. It struck me as so incredibly wrong, because in my humble opinion, they had one of the most magnificent love stories I’d ever heard. Which is why this Facebook status update remains my favorite Facebook status update of all time:

Happy birthday Andrew Ellis, my Halloween baby, ex husband, baby daddy and current boyfriend. Proof that the universe gets what the universe wants, despite our feeble attempts to do things otherwise.

5 thoughts on “Of Shibui, God and Grace”