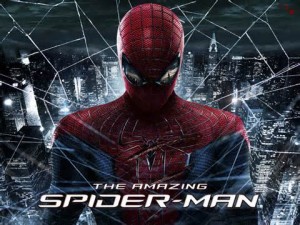 The United States of America

This morning, the Internet told me about three young Muslims shot in the head in North Carolina. At first, I thought my Facebook feed was filled with this story because it’s nearby and has an academic bent. (I am in South Carolina with a lot of academic friends.) I read an article about it that stated that police were determined to discover if the murder were “hate-related.” My first thought was, “Is there a murder that isn’t?” There are referring, of course, to the fact the victims were Muslim and the killer was an atheist who frequently posted anti-religious messages online. However, it appears a long running dispute about condominium parking played a role. I was once involved in a long running dispute about apartment parking. It definitely invoked deep feelings of rage, so it’s not hard for me to see how this happened. I’m not being facetious. I can see how it happened.

I went on Twitter and discovered these killings are now a major news story and I realized it’s not just local. It’s become one more plot point in the story our nation is telling itself.

I work in narratives. It’s what I do. On stage and on paper. But it’s also what we all do. We are constantly telling ourselves the story of our own life. Are we the scrappy underdog, constantly having to overcome an unjust world? Are we the loner nobody understands? Are we a determined winner? Are we lucky? Unlucky? Smart, stupid, brave, chicken? We have so many plot points to choose from. There is the moment your high school girlfriend dumped you and learned you can’t trust women. Or there’s the moment you realized we’re all flawed people, forgave her, and moved on. We believe that we’re simply living and remembering what has happened to us and what we’ve done, but really, we’re constantly constructing a narrative. And it’s easy enough to guess how a story is going to end. When was the last time a movie surprised you? When was the last time somebody’s life surprised you? It happens, but it’s rare, because real, authentic change is hard work. It happens because we decide to revise our story and create a new ending. Or, you know, sometimes you win the lottery.

Just as people are constantly weaving the narrative of their life, so are nations. We are choosing our identity with every murder we decide to make the tragedy du jour. It is a tragedy, beyond a doubt, that these three people were murdered over parking spaces, with perhaps the extra motivation that they were different, foreign, religious, Muslim. But they also may have been murdered over parking spaces, with the extra motivation that the killer suffered some kind of heartache, loss, rejection, or other emotional pain. Or maybe no extra motivation was required at all. Maybe he’s a psychopath. The point is, we don’t really know, but sure know how to fit this plot point into the story we’re telling ourselves. Keep in mind, on average 30 people are shot to death in the United States every day. This is the murder we chose. We could have picked the women killed by their husbands, the gang members killed on the streets, the burglary gone awry. Or we could have told a completely different story. One that didn’t have any blood in it.

I don’t deny the truth of this story, of course. There is obviously a lot of extremist hate out there right now. It’s just like the plot point of the guy whose high school girlfriend dumped him. That happened. But he has a choice as to how this figures into the narrative. Is it a plot point about the inherent unreliability of women or is it about forgiveness? Our country is telling itself a story about senseless hate with no end in sight. The story is scattered, random, there isn’t a strong through line anywhere. Even so, there are still countries that manage twist endings. Iceland, for example. But Iceland is like a little indie movie with a small crew. It’s easy enough to turn it around. The United States of America is the Spider-Man franchise of countries. It is a massive thing with a momentum all its own, incredibly difficult to alter once it sets course. Which is deeply unfortunate. Our story needs massive revision, because the ending we’re headed toward is not a happy one.

One thought on “Narratives”