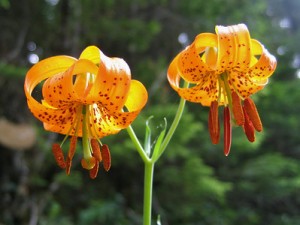 Today is my mom’s birthday. It would take rather a lot to describe her well, in toto, as it does anyone. It is somewhat easier to describe what she has meant to me, and specifically to me as a writer.

But first, a little about the woman herself. My mom, Mary Irene Bishop Adams, or Irene to the world and Renie to my dad, is both the most direct, honest and straightforward woman I know – and a bundle of contradictions. She is both tough and fragile. She is sharp and perceptive, as well as innocent and naive. She has a great sense of humor, but not that many people know it. She both knows her own mind and is open minded. She has a brilliant intellect and is possessed of a great will to power. Had she been born later and to different parents she would have been the CEO of a Fortune 500 company, instead she raised four children – and did a darn good job of it, as demonstrated by the awesomeness of the four kids turned out.

My mom is a great beauty. I know people think their mom is beautiful and they’re not wrong. Their mom is definitely beautiful, but great beauties are rare. My mom is both, of the Elizabeth Taylor school of beauty – black hair, purple eyes, fair skin. Although I knew this growing up, I didn’t really know it growing up – it wasn’t made an object lesson, it wasn’t discussed, and it was something of a surprise when, as an older teenager, I learned she’d won about bajillion beauty pageants, had been a dancer, and homecoming queen in college. Far later on in life, I cast my mom in a film project. The woman can ACT. I mean that wholeheartedly. If she’d run away to Hollywood it’s interesting to think what could have happened. (I personally still think she should act. It’s a gift.)

None of this, though, was how I knew my mom growing up. How I knew my mom was through things like this. My Mom: “Do you want me to read The Raven to you, by Edgar Allan Poe?” Me: “I have no idea what that is, but it sounds amazing, yes please.” My Mom: “Do you want me to read Richard Cory by Edwin Arlington Robinson to you?” Me: “Does it have a super dark twisty ending? Then absolutely.” My Mom: “Do you want to have open-minded conversations about metaphysics?” Me: “I totally had a dream the other night where I’m pretty sure I tapped into Jung’s concept of the universal unconsciousness, so thats a definite yes.”

To me, my mom meant a celebration of capital M Mystery wherever it might be found. My definition of capital M Mystery being, personal experiences, art, historic events, or symbols that express a truth that supersedes language. For a personal example, when I was in the first grade, my brother David was born. I was not happy when I learned my mom was pregnant. Leading up to his arrival, my mom and I had “special days” where I got to pick an activity. My favorite memory from that time is when I chose a walk in the woods to go sketch tiger lilies. To this day, to me tiger lilies symbolize feeling loved and cared for, the idea that I am worth someone’s time, and that it’s okay for something to be of my choosing. Which might sound oddly specific and a little sad, but the truth is, after several years of Marriage Destruction University, these concepts are fragile and hard for me to hold onto.

This focus on Mystery originates in my Catholic faith. This is something we Catholics do and we do it well. I know for outsiders it is easy to see our ritualistic liturgy and find it alienating and purposeless. It’s even like that for some raised in the church. But it has never been that for me. To me, God communicates most clearly in sacred silence, in music, in image, in experience – both in and out of church. It is the way my mind works. At a very young age, I started to draw, and draw well. I remember feeling that I wasn’t getting proper credit for my ability (to those who know me well, you see how far back the preoccupation with credit goes) so I decided to draw the most complicated thing I could imagine. I drew an ocean and shoreline with leaping dolphins and seals. My mom looked at it and was appropriately impressed. (Edit note: My first pass through this I almost mentioned I was three when I drew that picture, but I wasn’t positive. Given my mom’s comment, I feel like I can put that detail in there.) By the time I was in first grade, I thought of myself as an artist, and my mom encouraged that self-perception.

What I am saying, you guys, is that when it came to my artistic endeavors, my mom gave me a lot of love and support. She encouraged my painting and drawing, my photography, and eventually my writing (the writing came along last of all). There was the feeling that not only did she believe that I had talent and ability, but that art was important, a worthy way to spend one’s life. Just as importantly, she affirmed me as being one who had something worthwhile to say. I knew my mom thought I was wise, that I was an old soul, not only because she would tell me that, but because she’d asked my opinion and genuinely cared about my response.

She intuited that her little Halloween baby had a dark side and was perfectly okay with that, raising me on the things I liked – horror, thriller, and true crime, particularly serial killers. Early on in the fourth grade she introduced me to David Lynch’s The Elephant Man and I found both my favorite movie and a mild obsession. (I’d just gone to a new school and things were rough . At the library, I checked out every possible book I could about Joseph Merrick. He was like my best friend who’d been dead for 100 years. Also, there have been times in my life that weren’t horrifically depressing.)

In 2013, newly single, I proceeded to not get a job, do nothing but stand-up comedy, and just sorta hope a miracle would happen. As I learned how to be a comic, I’d call my mom en route to the show every Monday and do my set on the phone. She’s a great test audience. She laughs big at the good lines, and gives you dead silence in the weak parts, along with good commentary. During this time of nothing but comedy and hope, everyone on earth was like, “Well, this doesn’t seem like a good idea…perhaps an income would be advisable?” Everyone except my mom. My mom believed, with a cheerful certainty, that something would happen. Her beautiful refusal to acknowledge pragmatics buoyed me up and – against all odds – actually paid off.

So here’s to my mom, M. Irene Bishop Adams, on the occasion of her birthday. I love you, Mom. Thank you for everything. <3

2 thoughts on “A Post About My Mom, on the Occasion of Her Birthday”