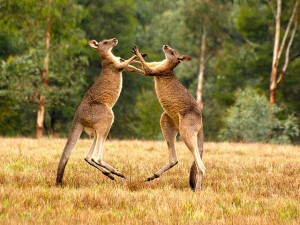 Here’s what might be the final installment of my series on marriage advice. I may add more, especially because I’m fixin’ to make a mess right here. It’s going to be a mess because I am about to say a couple of contradictory things.

If your marriage is going through a rough time, do not give up on it. Give it absolutely everything you have. Be willing to change your mind. Be willing to give it all your energy. Be willing to lay your body down to save it.

I’ve received a lot of letters about this blog series from friends and family who have been in the marital trenches. Both from people who have gotten a divorce and from those who managed to not only save their marriage, but find themselves in a better relationship with their spouse than ever before. Obviously, I cannot speak from experience, but hearing from those who were successful in saving their marriages was incredibly gratifying – proof positive that rebirth and redemption are possible. To paraphrase, that marriage is a good thing and worth fighting for.

A friend shared a quote with me:

“No long-term marriage is made easily, and there have been times when I’ve been so angry or so hurt that I thought my love would never recover. And then, in the midst of near despair, something has happened beneath the surface. A bright little flashing fish of hope has flicked silver fins and the water is bright and suddenly I am returned to a state of love again — till next time. I’ve learned that there will always be a next time, and that I will submerge in darkness and misery, but that I won’t stay submerged. And each time something has been learned under the waters; something has been gained; and a new kind of love has grown. The best I can ask for is that this love, which has been built on countless failures, will continue to grow. I can say no more than that this is mystery, and gift, and that somehow or other, through grace, our failures can be redeemed and blessed.”
– Madeleine L’Engle

Through grace, our failures can be redeemed.

If this isn’t a concept you’re familiar with, or one you buy into, I’d recommend contemplating it, researching it, coming to understand it. I can think of few truths less important than that one.

So to sum up point one – don’t give up. Fight with everything you have. Surrender yourself entirely to the endeavor. Hold nothing back. Your marriage is worth it.

You will quickly learn that there is something worse than divorce. Namely, enduring a loveless marriage. If you’re smart, you will allow yourself to let go of all the things that are no longer your problem. Letting problems sail off into the wild blue yonder is pretty amazing, you guys. You’re going to go through a lot of hardship, getting divorced. You should take full advantage of every possible upside headed your way – and not feel badly about it. I’m guessing your sense of self-worth has probably been damaged. Here’s your chance to reclaim it. Moreover, this is your chance to become who you really are, unhindered by the 1,000 lbs. suit that is a dead marriage.

Here’s the thing – sometimes marriages die. Sometimes they’re dead on arrival. Sometimes it takes awhile. Either way, it’s better to take off the 1,000 lbs. suit than to carry it for the rest of your life.

The above reflects my experience. Divorce can go down in a lot of different ways. One of those ways being engulfed in a massive amount of regret. I believe a marriage that has even a flicker of life left in it cannot be abandoned in good conscience. Because I fought as hard as I did, for as long as I did, as fully as I did, I am not plagued by regret. For that, I am thankful.

(Now, here comes a part that might be weird for you guys to read. I am going to give Evan some compliments. Don’t freak out, you guys. It’s going to be okay. Some of you may not like it, but I promise you, there is nothing self-loathing about this.)

I am also thankful that Evan took off the 1,000 lbs. suit. In doing so, he released me from the same. Truth is, I would never have stopped fighting. It’s just not in me. Especially given public perception of us as a couple, there was a price to be paid for being the bad guy. Moreover, in making that decision, he took charge of his own life and began a new relationship with honesty. In the end, if he could not find a way to love me, the most loving thing he could do was to set me free. Ultimately, successful relationships must be built on a bedrock of truth and honesty. Which is why Evan and I get along sooooooo much better now than we ever did in the past. Isn’t it ironic. Don’t ya think.

(One more time: If your marriage is going through a rough time, do not give up on it. Give it absolutely everything you have. Be willing to change your mind. Be willing to give it all your energy. Be willing to lay your body down to save it. Marriage is a good thing and worth fighting for.)

One thought on “Marriage Advice You Don’t Want, Part IV”