Frequently here at Fanfreakingtastic I rant about song lyrics. I am about to do that again.

What with the Christmas music on the radio kicking in around, oh, LABOR DAY, I’ve already been treated to a good bit of caroling and mistletoe. Which I am fine with. One of my all time favorite songs is, “Have Yourself a Merry Little Christmas,” (Judy Garland version) and I listen to the Christmas stations hoping to hear it. The stations don’t play it very often, at least not the Judy Garland version. You know what they do play a lot, though?

“Do They Know It’s Christmas Time?” by Band Aid. Now, I’m not going to criticize the spirit behind the song. Or at least, I will not criticize the fact these people wanted to help out. But that is the ONLY thing I’m not going to criticize about it. I will give it this, though – it makes me laugh. Every, every time. And in that sense, Band Aid really has been a source of happiness and joy.

So, come take a stroll with me through this merry winterland of Classic 80’s Eurocentric Imperialistic Melodrama!

Boy George
And in our world of plenty, we can spread a smile of joy!
Throw your arms around the world at christmas time Okay, Boy George. You know, I only have a 60″ wingspan, but I’ll do my best.

George Michael
But say a prayer – pray for the other ones “ Other ones”?
At christmas time I am happy to pray for people at Christmas time, but what exactly do you mean by “other ones”?

Simon Le Bon
it’s hard, but when you’re having fun
There’s a world outside your window Is that where the “other ones” are?

Sting and Simon Le Bon
And it’s a world of dreaded fear Uh-oh
Where the only water flowing is a bitter sting of tears Holy cats! The “other ones” are living in a post-apocalyptic nightmare!
And the christmas bells that ring there are the clanging chimes of doom Wait! What? Christmas bells outside my window are clanging chimes of doom for the other ones? WHAT IS GOING ON OUT THERE?!! Are people being hauled off to the gallows, one “other one” for each chime of a Christmas bell? What kind of dystopian future world is this outside my window?

And there won’t be snow in Africa this christmas time Well, except for Mt. Kilimanjaro, but okay, sure.
The greatest gift they’ll get this year is life Wait, stop. This world outside my window is Africa? Not some dystopian future where Christmas chimes of doom kill the “other ones,” but Africa? All of Africa? So, each of the one billion Africans greatest gift this year will be life? This is starting to feel awfully Colonial.

Where nothing ever grows Have you been to the Congo basin?
No rain or rivers flow Or Egypt?

Do they know it’s christmas time at all? Well, the Christians there, do… but you know Islam is the most populous faith in Africa, right? And there are, you know, lots and lots of religions there… and no doubt some of the “other ones” do not know it’s Christmas time at all, what with them not being familiar with, you know, Christ.

Here’s to you A real American hero! (Man, I miss those Budweiser commercials!)
Raise your glass for everyone For everyone? Even Dane Cook? I don’t know if I’m down with that.
Here’s to them I thought we called them by their proper name, aka, “the other ones.”
Underneath that burning sun Wow. I find this phrase to be indicative of a really simplistic notion of “Africa” and a notion born of lots and lots of time spent under cloud cover in the UK.

Do they know it’s christmas time at all? Again, maybe, maybe not, depending. 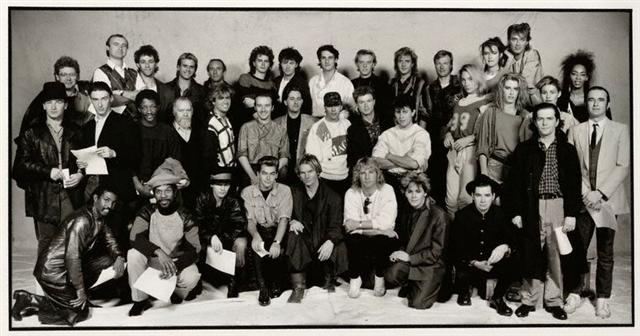 Check out Jody Watley! I thought she was wicked rad back in the day. Still do, actually. Girl could rock some hoop earrings.

7 thoughts on “I’m Dreaming of a White Privilege”