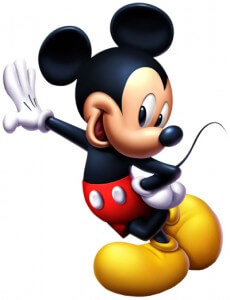 Hey girl. Did you know that Disney World has multiple spas? How much is a massage? Girl, that massage costs exactly what you're worth. A million dollars.

I know a girl named Helen. I almost called her a “little girl” but that’s not right. Technically, she’s little, on account of only being five years old, but she’s not little. She’s tall for five, but that’s not I what I mean. Helen is a force. When she was very small indeed, she was sometimes referred to as “A Beast.” It’s the kind of nickname society recoils at for little girls. Little girls shouldn’t be “beasts.” But I think it was an awesome nickname, and that it’s pretty cool to be a beast, to be a force to be reckoned with.

The first time I ever saw Helen was at the Riverbanks Zoo in Columbia. (I also have another “first” memory of Helen by the Hampton Inn in Charleston, SC. Memory is malleable. I don’t know which one actually came first.) In any case, at the zoo I was struck by how much Helen looked like me. I don’t think I look like BOTASTIC (Helen’s dad) or her mother Debbie, but somehow their genetics came together to form my own personal mini-me. It was weird. It remains weird. Although the older she gets, the more she looks like a Crader and less like an Adams that somehow wandered away from the flock and found herself a new family.

Last winter, I had a conversation with my friend Camilo about dreams. Long story short on that, when my friend Camilo asked me about my dreams, I was like, UH OH I DON’T KNOW IF I HAVE ANY. THAT’S NOT GOOD IS IT.

Last week, my mini-me Helen lived a dream I’d long forgotten about. She got to go on a surprise trip to Disney World.

Now, I have a very complicated relationship with Disney World. Mickey Mouse is an abusive boyfriend, without a doubt. He spends all your money in the most ludicrous ways possible, he beats you up, exhausts you, and by the end of the relationship, you’re like, “I am leaving you and I am never coming back.” But then a couple years go by, and you start remembering the good times. You’re like, “Boy, that roller coaster that goes backward was a lot of fun. I like roller coasters. That restaurant that makes it look like you’re next to a Mexican volcano is pretty cool. I liked that restaurant.” And then, before you know it, you’re right back in Mickey’s arms. He’s vaguely happy to see you. He knew you’d be back – they ALL come back.

Despite – or maybe because of – my tempestuous love affair with the mouse, I once upon a time had a dream. A dream that somebody would book a trip to Disney World. And they’d do all the work and planning and I wouldn’t know anything about it, and then all of a sudden, that somebody would be like, “Guess what? We’re about to get on a plane and fly to Disney World!” And I’d be like, “WHAT? THAT’S AMAZING! MY DREAM HAS COME TRUE!”

Here’s the real key to the above dream. They’d do all the work. The sentence, “Guess what? We’re about to…” could have innumerable endings. “Get in the car and drive to the mountains!” “Get in the car and go to dinner and a movie!” “Go on a walk with Tom and Shenanigans!”

I have a good friend named Brenden Kendall. He’s a professor of communications. One of my favorite things about talking to Brenden is that he teaches me the basics of being a human being. For example, that anger is an emotion of attachment. Neat fact! Not long ago, BK wound up educating me about the hallmarks of the breakdown of a relationship. It was kind of like looking at flashcards about my marriage. The one that stuck out the most was separating into two isolated, independent entities. When things started to go awry with my marriage – not that I even knew that’s what it was at the time – I looked at my situation and resolved to do things by myself and find joy in that way. Which I did. I walked my dogs by myself, I went to dinner and a movie with Darren, I planned trips and took them. And I was happy. Or at least, happy-ish.

But what I really wanted was for somebody to surprise me. I really like surprises. And it’d be really, really nice if one day, somebody did all the work.

Not that my life has been wholly devoid of surprises. My 30th birthday party was a bummer. I was really hoping for a surprise. Didn’t happen. So the next year, I resolved to throw myself the most amazing 31st birthday party ever. The theme was Twisted Disney and it was an AWESOME party. Axel came into town, the poker girls were there, Mary Tannery did decorations, and my mother-in-law Alice was dressed as Maleficent and made a ton of snacks over a hot oven, which was ridiculously nice of her. There were so many great things about that party. And then there was a knock on the door. Everybody had already arrived, so I couldn’t figure out who it could be. As it turns out, it was Brianna and Dave and Kendra, who’d flown in from Seattle. It was so surreal and cool and it stands out as the greatest surprise gift of my life. Brianna, dressed magnificently as Mary Pill Poppins, won the costume contest.

I would like to hasten to add something. I’ve never read the book about love languages, but I gather that everybody has ways they like to express and receive love. I feel like all of the above could be interpreted as, you know, critical of my ex-husband. And I’m not saying it is’t fair to criticize him about some things, but all the same I’d like to add that Evan is an amazing gift giver. Dude can find the perfect gift for anybody. He continues to buy me absolutely perfect gifts on the reg. I have an incredible collection of t-shirts, for example. The most recent one being Optimus Prime done in the style of the famous Shepard Fairey poster of Obama that says, “Change – Into a Truck.” I mean, that’s world class gift giving right there. But sometimes a world class gift giver winds up married to somebody who is really into surprise adventures. Such is life.

I am exceedingly glad that my mini-me Helen got to experience a dream come true. I know she loved her trip to Disney World. What five year old wouldn’t? Happiest place on earth. Until you get the check, and then you’re like, THAT COCOA WAS FIFTEEN DOLLARS? But all the way up until that moment, happiest place on earth.

4 thoughts on “Helen and a Dream Come True”