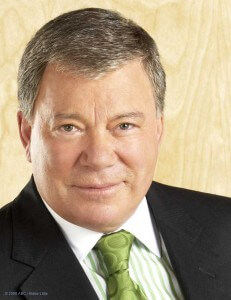 My parents. They are a delight. And I mean this most sincerely. I got lucky in the parent lottery. Like Evan, I grew up with a lot of love and support. My dad, a fan of The Power of Myth series, found the phrase, “follow your bliss,” and both my parents used it often. They even meant it when they said it. My dad likes to call us all up and say, “I want you to know I love you, I’m proud of you, and here’s your mommy.” My mom does the heavy lifting part of actually holding a conversation with us. Which isn’t to say my dad isn’t sincere. He is. He just doesn’t have time for the details. (Followers of this blog may remember how much patience my family has.)

This pattern holds true elsewhere in my parents’ lives. My dad is a CPA and is extremely good at what he does. After being a special agent with IRS for 21 years, he has a unique perspective on the tax code and is especially adept at dealing with tax controversy. Plus, who wouldn’t want an accountant who radiates the message, “I love you and I’m proud of you”? Of course, he still tags on, “and now here’s Irene.” Because at the end of the day, it’s still my mom who does the details. She runs the office, and she’s very, very good at it. Growing up I always used to say, “my mom should have been the CEO of a Fortune 500 company.” I have no doubt she could have done so and excelled, but then I wouldn’t have had her for a mom (or at least not in the same way), so it worked out well for me.

Because it is tax season, and one of their employees is moving, I have been recruited to help out. My mom has a special brand of what I will call comedy that I find endlessly entertaining. During my first day back, it occurred to me that it is remarkably similar to the Twitter sensation, Sh*t My Dad Says. There are some important differences. Primarily, Irene is never profane. And I mean to say never. I have a nickname for her that she has mixed feelings about – Queen Irene. But hey – it rhymes and it’s descriptive. My mother holds herself with all the dignity and the authority of a monarch. So, while she would not engage in the profanity, the ode de, “I can’t believe I have to explain this to my semi-retarded child,” is identical.

A couple of examples.

During a lull on the first day my mom looked at me. I was wearing corduroys and a long sleeved cotton t-shirt. She said, “I feel like I need to take you somewhere and get you some professional clothes.” I looked at me and said, “is this not professional?” The rest of the women who work there were standing around us. “What do you want me to wear?” I ask. “Take a look around,” my mom said. “Get a visual.”

I have subsequently repeated, “get a visual” about 500 times since then.

The next day she said, “can you mail some things for me?” I, of course, say sure. Now, this is not my first rodeo. And by rodeo I mean tax season. I know where the outgoing mailboxes are. There is a row of boxes for UPS, US Mail, and FedEx. Quite reasonably, I think, I inquired as to what box it should go in. My mom fixed me in her steely blue stare and said, “mail it. US Mail.” I took the envelopes, which I now saw were affixed with stamps. “Okay,” I said. She continued to stare at me. “It’s the blue one,” she added. For the record, I am 33 years old.

In my mother’s defense, later that day I went out the office mailboxes and got the mail. I brought the mail back in. Upon arriving home (30 miles from the office) I discovered a frantic voicemail and a frantic e-mail. She wanted to know where her keys were. The mailbox key is on a ring with her car key, house key, office key and many other keys. I sent her an e-mail back. The answer, “in my pocket.”

2 thoughts on “From Whence I Came”