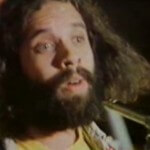 Many people argue that the 70’s was music’s greatest decade. They point to The Who, Bruce Springsteen, Pink Floyd, Led Zeppelin, Aerosmith, Elton John, Neil Young, Queen, The Beatles, The Rolling Stones, Blondie, and a myriad of others.

Me, I point to one man. I point to Dan Hill. Why? Because he wrote and performed the greatest song ever written or performed, “Sometimes When We Touch.” Yes, the greatest. And while I do not deny the greatness of this song, I do take issue with some of its content. I got to thinking about what a duet might look like. Dan Hill, with his magnificent, clear tenor, and me, with my… well, what can be called a singing voice, after a fashion.

Without further ado, I give you “Sometimes When We Touch,” a duet with Dan Hill and Me.

You ask me if I love you
And I choke on my reply
Forget I asked. Really. I don’t
Know what I was thinking

And who am I to judge you
On what you say or do?
Good question.

I’m only just beginning to see the real you
Just wait.

And sometimes when we touch
The honesty’s too much
Oh, let me introduce you to some
Honesty here, dude.

And I have to close my eyes and hide
I wanna hold you til I die
Wow. Really? Dramatic, much?

Til we both break down and cry
I wanna hold you till the fear in me subsides
Yeah, see, I’m not too big on either crying or
Fear, so let’s just, you know, let this go…

Romance and all its strategy
Strategy? I just asked you a question.
That equates to strategy?

Leaves me battling with my pride
But through the insecurity
Some tenderness survives
Are we about to circle back to the
Fear and crying thing again?

A hesitant prize fighter
Still trapped within my youth
Honey, you may be lots of things
But a prize fighter you are not.

And I have to close my eyes and hide
I wanna hold you til I die
Funny, I also want to die about now.

Til we both break down and cry
I wanna hold you till the fear in me subsides
Sigh.

At times I’d like to break you
And drive you to your knees
Whoa! Where the hell did that come from?
Should I call 911?

At times I’d like to break through
And hold you endlessly
Okay, look. I think you may have an
Undiagnosed bi-polar disorder going on.

At times I understand you
I don’t think so, actually.

And I know how hard you’ve tried
To keep from throttling you? Yes,
That did take some effort.

I’ve watched while love commands you
And I’ve watched love pass you by
Whatever that means.

At times I think we’re drifters
Still searching for a friend
Okay.

A brother or a sister
But then the passion flares again
NO. WRONG. STOP. ICK. EWW.


And sometimes when we touch
The honesty’s too much
Honestly? Here’s the deal. I think you’re
A creepy, mentally underdeveloped
Man-child in love with the sound of his
Own voice and craptastic ideas regarding
“Art” and “Love.” I hope you seek counseling.

And I have to close my eyes and hide
Well, that’s understandable, given the
Truth smackdown I just gave you.

I wanna hold you til I die
No! Haven’t you been listening?

Til we both break down and cry
Too late, I’m already crying at this point.

I wanna hold you till the fear in me subsides
I think that would take about 45 years of holding
And I just don’t have that kind of time.

For the original version, please check it out * In kaleidoscope vision, no less!

* Huge props to commenter macarri who says, “so easy﻿ a caveman can sing it.” Slow clap, my friend. Slow clap.