It's a good thing Diana Ross wasn't included. She had a very short career that didn't influence anyone.

Everybody has their triggers. Bad drivers. Poor grammar. This commercial.

For me, there is no quicker shortcut to a rage high than a Rolling Stone 100 Best Whatever List. This is because Rolling Stone is, in my opinion, the single most chauvinistic institution on the face of the earth. Bar none.

Growing up, Sam Cooke was my favorite singer. I loved “Wonderful World,” “Cupid,” and “Twistin’ the Night Away.” Just a little bit older and I found “You Send Me,” and “Stand By Me,” and then “Another Saturday Night,” and “Bring It On Home To Me.” Much later, I found, “A Change is Gonna Come,” and I know I’m not original in calling that one my favorite. These songs are just the tip of the giant canon of work that is the Sam Cooke oeuvre.

So, I’ve spent a good bit of time the last few days listening to Sam Cooke, and I decided he was the greatest vocalist of all time. A day after that, I started to wonder if the man was receiving enough respect these days, so I googled him. And there, at the top of my search results, was a Rolling Stone list of the 100 Greatest Singers, compiled in 2008. I knew – I KNEW – I shouldn’t open it. But I saw Sam Cooke was number 4, and I was curious who they’d put ahead of him. I opened the link. The answer to my question was right there in front of me – Elvis, Ray, and Aretha. For pure vocal talents, I still put Sam first (and yes, I know his range wasn’t tremendous, but the purity of his tenor and the quality of his pitch takes him to number one in my book), but you can definitely argue for Elvis, Ray and Aretha.

And then, I was curious about something else – how many women were on this list of the Top 100 Greatest Singers of All Time?

I knew – I KNEW – I shouldn’t look. I knew what the answer would be. I knew that Rolling Stone lists do not matter in any way, shape, or form. It’s a stupid list! Who cares! And yet, I couldn’t stop myself.

And felt the rage-ohol hit my bloodstream like an adrenaline shot. 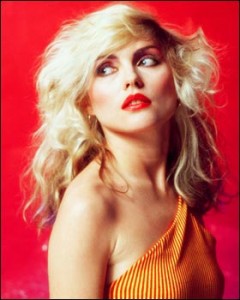 Debbie Harry. What a loser. She did nothing to popularize the new wave/punk movement.

So, having read the list, I have some questions. Like, where’s Debbie Harry? Where’s Diana Ross? You’re going to put MARY J. BLIGE at number 100, but Beyonce isn’t present at all? That makes perfect sense to me. Where’s Grace Slick? For the record, here are the women who did make the list:

And I’m just so confused, because I thought Jagged Little Pill was the number one selling album of the 90’s, and you’d think that would be worth something, but apparently not. This fact may or may not be ironic. (Don’t ask Alanis Morrisette.)

I also thought that Madonna had the most Top Ten hits of all time, with 37, and love her or hate her, I thought she’d had a pretty enormous impact on pop culture and the music industry, founded her own record label, Maverick, that didn’t exactly suck (See above, Jagged Little Pill) and generally was a generational touchstone. But, she doesn’t have much of a voice, so maybe that’s why she wasn’t in there. 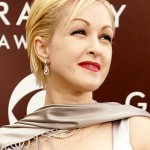 This must also explain the absence of Emmylou Harris. Oh, wait, that’s right. Emmylou Harris sings like an angel sent down from heaven.

Maybe those women don’t have enough true grit rock. So what about Courtney Love? Rolling Stone couldn’t get enough of her in the 90’s, and Live Through This remains a seminal work. Sure, she’s a rider of the crazy train, but plenty of the people on the list are.

Also – Dolly Parton at 73? SEVENTY-THREE??? Have those soulless bastards at Rolling Stone ever even listened to Little Sparrow?

And see, this is why I shouldn’t even open a link that says, Rolling Stone Top 100 Whatever on it. It always winds up with a lot of question marks and all caps.

2 thoughts on “A Shortcut to Rage”